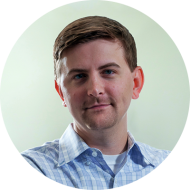 Jonathan Heinl is a co-founder of SEO Savvy, LLC and has over seven years of Internet marketing experience. Jon earned his Bachelors degree in Business Marketing from the University of Phoenix and loves testing, learning and creating new online marketing strategies. When he’s not assisting clients with their Internet marketing needs, Jon can be found at local skateparks and bowling alleys in Phoenix, Arizona.

3 New Ways to Engage with Your Audience via Google

Recent Google My Business Updates You May Not Have Heard About Customers have choices when it comes to selecting a local business and search is often their starting point: 82 percent of people use search engines for local information, and 70 percent view several businesses before opting for one. An appealing, informative Google My Business […]

Google has finally confirmed the rollout of the latest Penguin update, “Penguin 4.0.” After much online chatter about the impending update in recent months, Google announced last week that the improved Penguin algorithm is on its way and will meet two popular webmaster requests: since the signal is now a core part of Google’s algorithm, […]

Google to Expand AMP Across All Mobile Search

Mobile content consumption eclipsed desktop over a year ago, and Google has acted swiftly to accommodate user expectations, first with the mobile-friendly algorithm in April 2015 and then last spring with the launch of the Accelerated Mobile Pages Project. A collaborative effort between Google, publishers, advertisers, and tech companies, the open source initiative promises to […]

Web design is an ever-changing industry that constantly evolves. Whether it’s the continued growth of mobile and tablet usage or optimizing for large format monitors and high resolution retina displays, it is important to design a website that takes these factors into consideration. A website should continually evolve to stay current with user behavior. According […]

Let SEO Savvy help you reach your goals. Talk with us today!

Learn more about how our customized digital marketing solutions can boost your organic traffic.